Are you sitting comfortably?

Then I shall begin. Actually, no I wont. I shall disclaimer because I am not well. Because I am not well there will be mistakes in this and I wont see them. Some of them will be dyslexic mistakes and some will be words that don't belong in the sentences they crash land in. Or we may be lucky, and a rare 20 minutes of lucidity may occur. We'll see. The fact remains that this (among the more obvious things, the main one of which was that blogging the way I used to became simply impossible) is now why this blog mostly lays dormant except in situations when a particular thing whirls around and around in my head for days and I have to evacuate it from my brain one way or another lest it roost and breed. We don't need cuckoos in there adding to the mess.

Some of you have decided not to vote on 22nd May. That's Thursday for those of you who still work and for whom days are marked with the passing alarms. This Thursday. 36 hours.

Some of you will not vote because the polling station is not convenient for you. It is not conveniently placed between your home and the station/bus stop and the other end and your work. I'd like you to take a trip to Nigeria thanks to Oxfam Flickr. 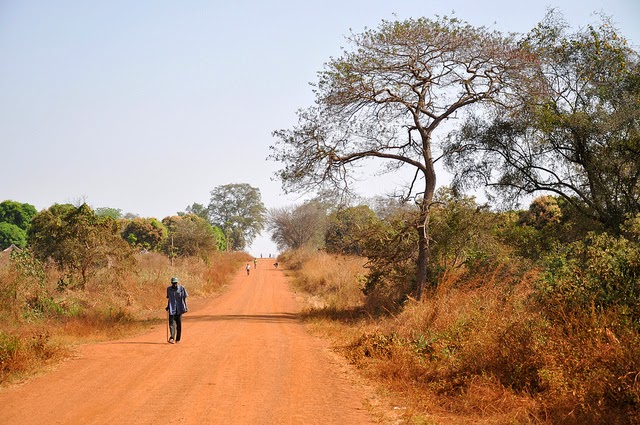 Long way? On pavements? With proper shoes on your feet and a coffee in a cardboard cup in your hand? Really?

Or maybe it would just require you to get out of bed just a little bit earlier on Thursday morning. Maybe it would require a 10 minute detour. And maybe you might see a rainbow. Or a sunrise. Or hear the dawn chorus.

Maybe the polling station will be busy. Maybe you've had to wait a little bit longer than was entirely necessary the last few times and it's putting you off because it's so humid at the moment and the buildings they're held in are never air conditioned and your hair will just fall over...lets go to India shall we thanks to Al Jazeera on Flickr? 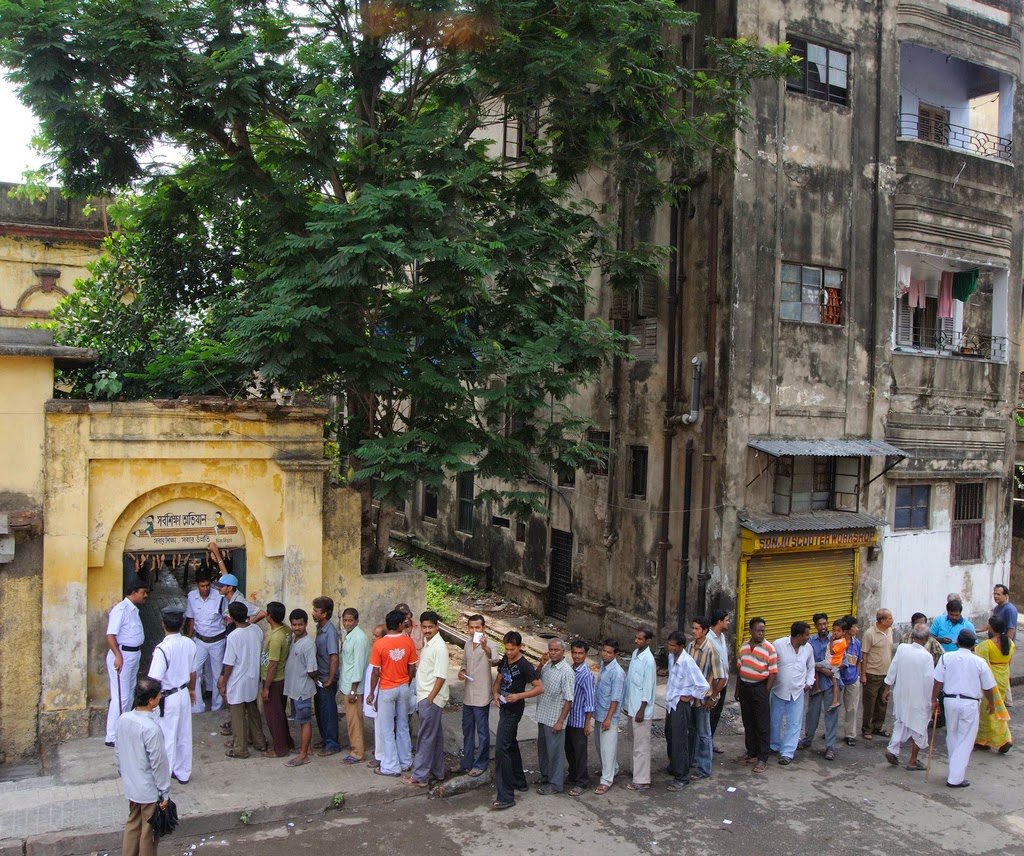 No air con. Again, varying levels of comfort in the shoe area. I didn't cherry pick this picture. Do a search for india voting queues. Spot something? Yep, in all those pictures, where are the women? There is one in the picture above, right at the end of the queue. Women are allowed to vote in India. But there is a world of difference in India between legally being able to vote and actually feeling comfortable enough to - or I'm reading too much into the pictures where the ladies in beautiful saris are always in groups and never alone.

But India aside, lets talk about the school run getting in the way of your voting for a second. There is still one country in the world where the women would love to have your problem dahling - Saudi Arabia. Now the fact might remain that short of breathing there is little women are allowed to do freely in Saudi Arabia but the fact remains, you're a whole 99 problems ahead of them.

To not vote is a decision. It's a passive decision - no action is required to enact it. But nevertheless it is a decision. It is a decision that residents of a number of countries would love to have. I'm not going to get into quibbles about Egypt, Ukraine, Sri Lanka, Oman...but in the United States the original Constitution covered the right to vote, so deeply held was the idea that it should be a right. Subsequent amendments have extended this right to all (14th, 15th, 19th (the got to women in the end) and more). Arguably it could be said that it is a right which should be enshrined in law - and indeed our right to vote is, under the Human Rights Act.

It would be flippant to throw out there that a whole lot of people went to an awful lot of trouble so you could passively not choose to vote - but really, it is that simple. It is becoming that simple. We live in a world where people die, in great numbers and frequently, because they want to live in a country where there is a democracy and a fair vote and a representation of their views and outlooks on life. And you all sit there on your comfortable sofas, curled up with a glass of wine and decide you're too busy.

I never understood the world privilege. I don't have it. Some people have it. That's the way the world works, so I thought. Well, here's the point. This year, you will commemorate the deaths of those in your family who dashed into German machine gun fire in any number of spectacular ways - from boats, through water, across fields, across mud, along trenches. They were brave men. They knew they would die. And if they didn't die, a lot of them were injured. And if they could still walk, and function, they came home, were mended, and then went straight back out again. I've been listening and reading and I think I know why. I think. I think they believed in something. They believed in it so passionately, so resolutely, and so absolutely that they would happily die for it. They believed in us. All of us. They believed in our country. What it was, what it is, what it one day could be. And some of my family are part of the soil, worm wrapped and fading underneath the underneath. Unrecognizable and unremembered except for a name scratched into a stone some place far away that no one ever goes, except to remember.

We are British, just like they were. Royal Scots. Fusiliers. Drummers drumming the sound of death. People still go to fight on our behalf. Nothing changed. We are still the country were democracy resides. You might think it's broken. You might think no one is paying attention. You might think the light is going out and the dark is coming. You night think an awful lot of things - but thinking is no use to anyone. No use at all. No one ever died on a field so you could think quietly to yourself over your cup of tea and biscuit. Boys don't bleed for such inconsequential things. They bleed to protect a way of life, a kindness, a caring, a certain sense of humour that scares the Americans, a seriousness that intimidates the Dutch, a wild and wacky side that sends the Italians running.

We are who we are because we vote. Because we can choose to vote. And yes, it's actually okay to actively choose to not vote. But for the memory of my great grandfather, do you think it could be for a reason other than the school run, your coffee getting cold, or not being arsed to get out of bed in a bit earlier on Thursday morning? Because it breaks me, just a little bit.

And yes. I will be voting on Thursday. I have really no idea who for. My partner just asked me. I told him the truth. I don't know. But I will spend as much as I can of tomorrow, the bits of tomorrow where I have a brain that can read and process and decide, I will spend it reading and phoning people and asking them what they think of the two things which mean the earth to me.

So maybe that's a good way to approach it for you too? What are the two things which mean the earth to you?

P.s. I think we made it. It took 40 minutes longer than any blog post has ever taken me to write, but I think we really made it. Phew. Now go. Shoo. Go read some candidates websites. Phone them. Talk to them. Stop being passive. Responsibility. Adult. Remember?